Clickhouse Raised $ 250M In Series B Funding By Coatue & Altimeter 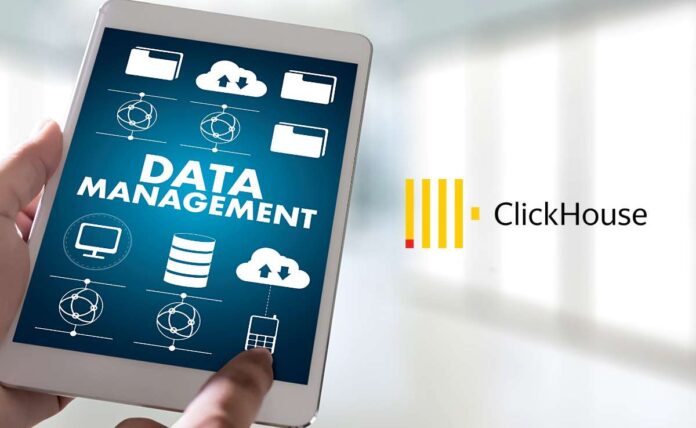 With a $2 billion valuation, ClickHouse, the company that developed the online OLAP database management system, has raised $250 million in Series B funding from Coatue and Altimeter. The investment indicates that ClickHouse’s technology and quick uptake by leading companies in the sector are about to dominate the market.

“For years, we have kept track of the ClickHouse initiative. In order to help this team grow and succeed in becoming a leader in this big, expanding market, we are thrilled to work with them, said Caryn Marooney, General Partner at Coatue.

High-performance, powerful and elegant database management system; ClickHouse is an open-source, real-time analytics tool that surpasses similar commercial applications. Its efficiency is unmatched: handling anything up to 10 billion rows, on up to a billion records per second.

A decade ago it was powering large-scale web analytics platforms for business intelligence reporting purposes. Today, engineers from around the world, who gathered in 2017 at the largest meeting of systems programmers in Russia (Systems programming conference “Sysadmin”), call it “the best product on the market.”

With the adoption of ClickHouse by well-known corporations like Uber, Comcast, eBay, and Cisco, open-source software saw exponential growth in 2016. About 20,000 pull requests have been submitted by over 800 authors since 2016.

The goal of Cloudflare is to improve the Internet. Usman Muzaffar, Cloudflare’s Head of Engineering, explained that with a goal so large, the company is careful to connect with technologies that can scale with it.

We can identify malicious activity and offer customers in-depth insights thanks to ClickHouse’s efficient and dependable log analysis of trillions of Internet requests. We have backed ClickHouse for a very long time and value how it helped us scale log processing as we grew one of the biggest networks in the world.

ClickHouse is a columnar database that ingests, aggregates, and stores data on 100% of your tables. Using Read Committed isolation level guarantees transactions are fully serializable and durable.

ClickHouse is a fast analytical database management system with instant SQL querying. Businesses love it 100-1000x faster than traditional databases, and processing over a billion rows. ClickHouse also has great features like an easy user interface and improved reliability.

ClickHouse was incorporated in August 2021 and announced that $50 million of Series A funding had been raised, led by Index Ventures and Benchmark and including Yandex N.V. and other investors.

“We thought this company would be incredible from the start,” said Mike Volpi, partner of Index Ventures. “We are happy that outstanding investors like Coatue Capital have reaffirmed our early belief and we look forward to the road ahead.”

The active and expanding community at ClickHouse has been crucial to the company’s continued growth. One of the world’s fastest-growing open-source database projects, ClickHouse has now surpassed 20,000 GitHub stars, as illustrated by this.

With the $250 million in Series B funding, ClickHouse will expedite the development of a top-tier, commercial cloud solution that is safe, legal, and convenient for any client to utilize while doubling down on open-source feature development.

By doubling its size this year and the next, ClickHouse intends to make significant investments in global expansion. “Companies of all sizes are implementing ClickHouse because it significantly increases the effectiveness of data processing.

With this recent investment, we have the resources necessary to accomplish this challenging aim of becoming ClickHouse the premier analytical database management system, according to Aaron Katz, CEO of ClickHouse.

Kevin Wang, a partner at Altimeter Capital, says that “ClickHouse is fundamentally altering how businesses manage large-scale data analytics. This expansion funding will fuel the vision to bring this out to the worldwide market.”

He is thrilled to see this business take off with the elite team and he’s looking forward to collaborating with them.